“Giving is what we are called to do as people. Helping. Loving. Enriching. We are called to these,” says Breanna McCormick of McCormick Legacy Estate Professional Realty. “When you give (and strategically plan to give), business becomes more than a livelihood, and income—it becomes purposeful and powerful, passionate and wholehearted. It shifts the focus from strictly ‘the numbers’ to real-life humans, from our clients, to those we hope to help a world away.”

10% of Breanna’s business is currently going all the way across the globe, to the Tai/Burma border, where an organization called “Help Save the Kids” educates and trains local orphans socially and economically, while giving them a place to live and reducing the chances of them being sold into slavery. Breanna’s connection with the organization extends way back to a time before she entered real estate.

Before she was a REALTOR®, Breanna was a youth pastor, as well as a discussion/practicum leader for a nine-month college level program called INSIGHT (Integrated Intensive Study In Global History and Theology). The classes prepared students to be sent as missionaries into the world, both near and far. One of her past students, Kelly Tana, became a missionary in Thailand, where she helped form Help Save the Kids.

The social and economical skills that are taught to the orphans at Help Save the Kids equips them with abilities that are considered valuable to their community, which gives them a chance at life. For example, they recently launched a company called “Thread Village,” which sells handwoven towels to help support the area.

Currently, McCormick Legacy Estates Professional Realty is raising money to either build a new home or purchase a new home for Kelly and her family, which ranges anywhere from $45K to $75K. In addition to contributing 10% of her commissions into a fund to help with this, Breanna helps support the sales of Thread Village by selling their towels at her brokerage.

Breanna opened her brokerage in the beginning of this last year. “It was a labor of love,” she says. “My husband and I renovated the entire building mostly on our own. It still needs a few finishing touches, but the space is currently being used for meetings and networking as needed.” She hired her first agent a few months ago and she has two people about to take their licensing exam, and a few more in classes right now.

“I am not in a hurry to grow. I want the right people,” she says, “people with passion, who support our mission, and have a heart to see change in the world.” 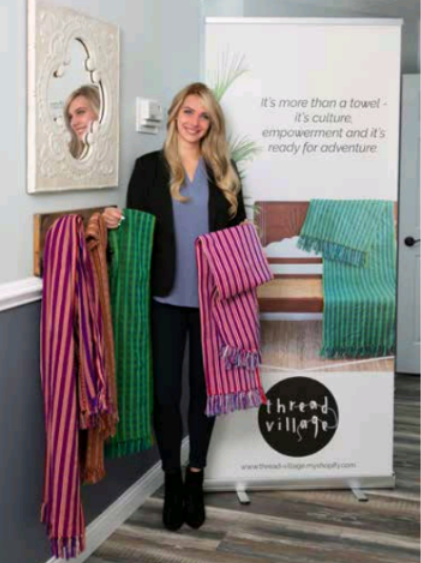 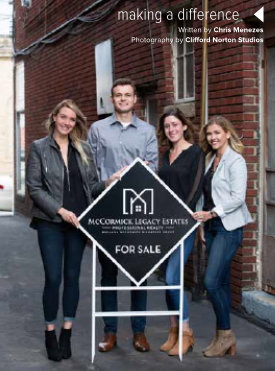 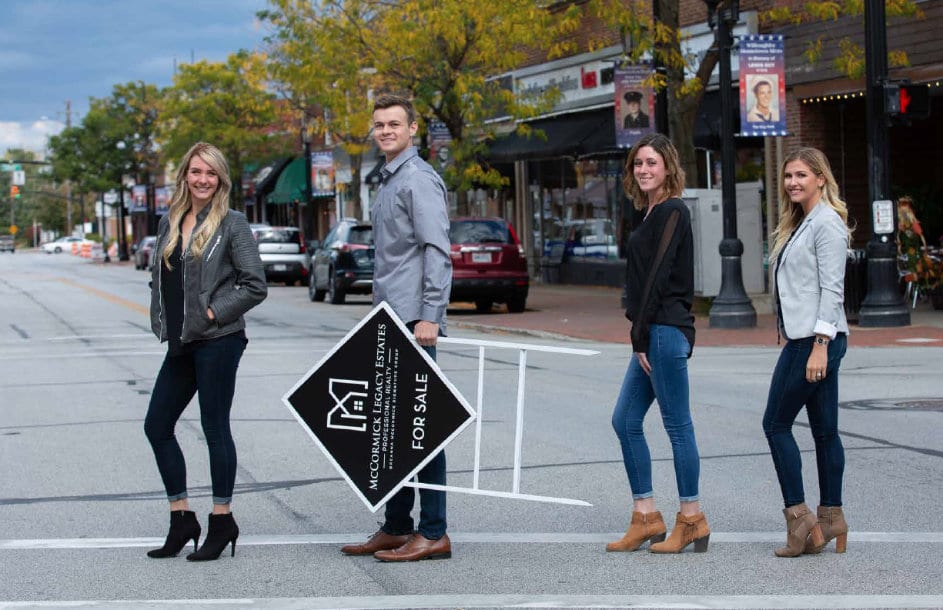 When Breanna puts her mind to something, she wastes no time in accomplishing it. She became an agent nearly four years ago, in the summer of 2016, after being told by multiple people that she would be good at it. But she was a single mother at the time, using her BA in Education as a substitute teacher, while her son was in school. Within two years of becoming a licensed agent, she closed enough transactions to confirm that it was truly what she was meant to be doing. Soon after that, she decided to take the broker classes and begin the steps necessary to open her own brokerage.

As Breanna sets out with her new brokerage, she is excited for all the good that will come out if, both locally and around the world.

This website uses cookies to improve your experience while you navigate through the website. Out of these cookies, the cookies that are categorized as necessary are stored on your browser as they are essential for the working of basic functionalities of the website. We also use third-party cookies that help us analyze and understand how you use this website. These cookies will be stored in your browser only with your consent. You also have the option to opt-out of these cookies. But opting out of some of these cookies may have an effect on your browsing experience.
Necessary Always Enabled
Necessary cookies are absolutely essential for the website to function properly. This category only includes cookies that ensures basic functionalities and security features of the website. These cookies do not store any personal information.
Non-necessary
Any cookies that may not be particularly necessary for the website to function and is used specifically to collect user personal data via analytics, ads, other embedded contents are termed as non-necessary cookies. It is mandatory to procure user consent prior to running these cookies on your website.
SAVE & ACCEPT
Go to Top